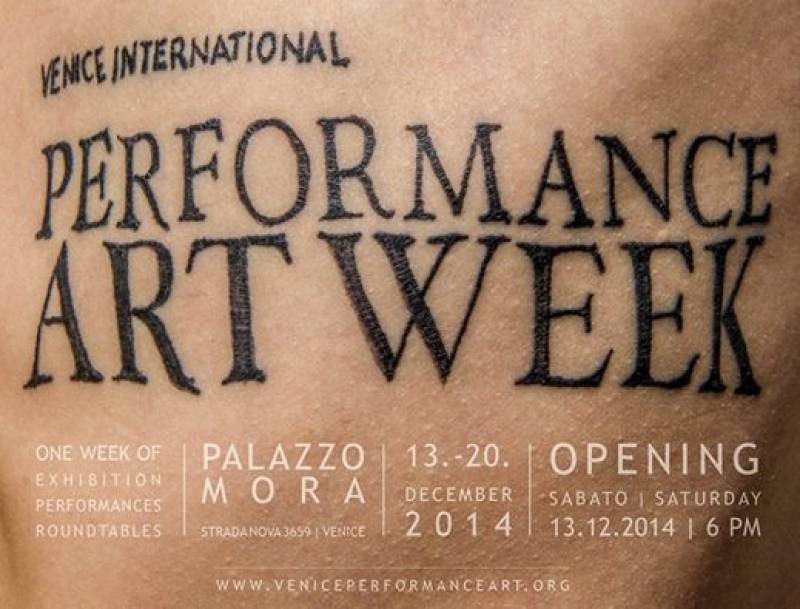 Fondazione Bonotto, as part of its path of experimentation with new exhibition and communication strategies, and to spread the thought and works of Fluxus and Experimental Poetry, participates at the Venice International Performance Art Week with four specific projects.

The first three projects are part of the framework of Exhibitions, and are dedicated to two major international performance artists who have understood their actions as a way to change, in a radical way, the approach to reality and its interpretation: Alain Arias-Misson and Joseph Beuys.

Difesa della Natura is one of the most important actions carried out by the German artist during the last fifteen years of his life. An operation that placed at the centre of attention Nature, agriculture and its sustainable development in anticipation of themes, which have been so widely discussed in the recent years and which will be the focus of the Expo Milano 2015 “Feeding the Planet, Energy for Life”.
The homage, organized by Fondazione Bonotto in collaboration with Lucrezia De Domizio Durini, will rebuild a part of the Abruzzo countryside where the visitors can walk among the Beuysian trees (Olive, Oak, Laurel and Rosemary) and immerse themselves in a highly evocative atmosphere due to the presence of some objects and historic manifestos used during the actions, as well as the extensive photographic documentation by Buby Durini. To complement and support this exhibition some videos by Beuys will be presented.

The Public Poems are a form of urban poetry invented by Arias-Misson and experimented for the first time in Belgium in 1967. Finding their ideal collocation in public spaces (especially in urban areas, characterized by a strong human presence: squares, subways, roads, etc...), the Public Poems tear the textual fabric of the city by using very specific elements from the street (the traffic, monuments, commercial and financial institutions, movements of people) as syntactic-semantic elements of an organic text that emerges simultaneously to the interruption of the text of the city.
Fondazione Bonotto will curate an installation setting, conceived in collaboration with Alain Arias-Misson specifically for the Venice International Performance Art Week, which presents some of the historic Public Poems made by the Belgian-American visual poet. An extensive video documentation will allow the visitors to (re-)discover one of the most interesting poetic-performative experiences of the twentieth century, including the digital prints and videos of The Vietnam Public Poem (1967), The Punctuation Public Poem (1972) and The Teutonic Public Poem (1991).

Considered a feminist icon because of her work on gender, freedom of expression and sexual emancipation, she is one of the key figures for the Body Art following development. The provocative and political use of her own body will move her to declare: “In some way, I donated my body to all other women; returning our bodies to ourselves.”
Schneemann sees her photographic and performance works as paintings concretised on new and unexpected surfaces. Thus, bodies in motion are three-dimensional colors and the movement is an event evolving in time. So, her work emerges as a deep reflection on the very components of painting and art in general, detached by the too much restricted definition of “feminist work”.
The homage realised in this space shows some significant works:
“Snows (1967) was build out of my anger, outrage, fury and sorrow for the Vietnamese. The performance contained five films whose related content triggered juxtaposition of a winter environment and Vietnam atrocity images."
Ice Naked Skating (1972-1988) is the F. Conz’s graphic extension of a series of images used by the artist as postcards during her London period.
In Dust Series (1985), born by the indignation for Lebanese and Palestinian villages uninterrupted bombing, the artist establishes a visual connection with bombing effects, using ashes, soot, dust, varnishes and other deteriorated materials.
Vulva Print no.4 (1987) is one of the artist’s emblematic works dedicated to the female sexuality. The vulva, whose representation is denied by sexualphobic culture, becomes a central theme in Schneemann’s work, since the Interior Scroll (1975) historic performance to the book Vulva Morphia of 1997, letting her to evolve a critical theory about body as knowledge source.