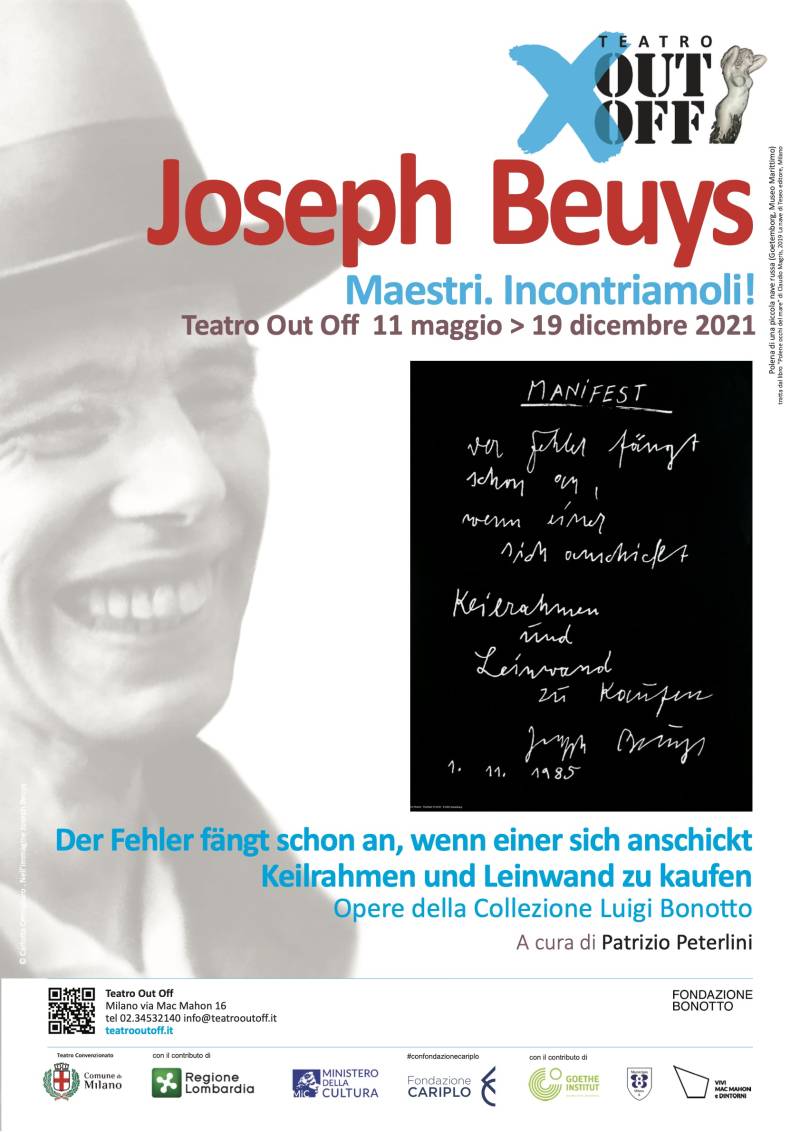 
The exhibition takes its title from the famous poster by Beuys from 1985: “Things start to go wrong when someone goes to buy a frame and a canvas”. A declaration of radical break with the world of traditional art which testifies the choice of the German master to operate in an anthropological dimension for the creation of what he called a social sculpture.

For this reason, the exhibition presents a selection of editions and posters from the Luigi Bonotto Collection with particular reference to three thematic areas:

- “I like America and America likes me”, with the presentation of the full video of the performance of 1974
- “Defense of Nature” important operation carried out by the German artist during the last fifteen years of his life. Some actions also took place in Italy, in Bolognano, a mountain village in the Abruzzo region.
- The founding of the Free International University and its political commitment to one Direct Democracy.


The Luigi Bonotto Collection was born from Luigi Bonotto’s frequentation with artists of the Fluxus movement and from the Concrete, Visual, Sound, Performative and Electronic Poetry that he welcomed from the early seventies to Molvena, in his textile company and in the house where he lived.

In over forty years of activity, the Collection has grown, now preserving over 20,000 documents, often donated by the artists themselves. A unique corpus for the study of relationships and collaborations developed over the years between artists. The Collection is located within the 10,000 meters of Bonotto Spa (offices, production lines, warehouses) creating a strong conceptual and physical link between art and industry. The digitization of all documents, making them freely available online, has transformed it into an international reference point for scholars and enthusiasts.