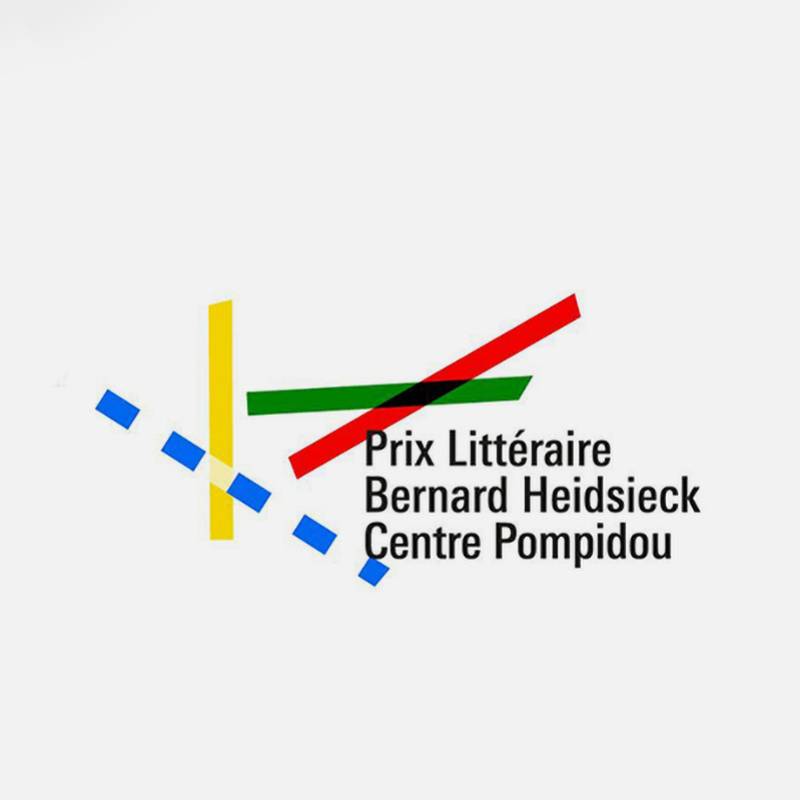 Fondazione Bonotto is pleased to announce the fifth edition of the Prix Littéraire Bernard Heidsieck-Centre Pompidou as part of the Festival Extra! that will take part from 8 to 19 September.

Created in 2017 from the collaboration between the Centre Pompidou and the Fonazione Bonotto, the Prix Bernard Heidsieck-Centre Pompidou is unique in the world of literary awards and consecrates notable figures of literary creation in all its forms: performative, sound, visual, digital literature. Often rejected or marginalized by the literary world, this open conception of literature and these ways of getting out of the book are here fully in the spotlight.

In five years, twelve artists have won the "Prix d’honneur", the "Prix de l'année" and the "Mention spéciale Fondazione Bonotto", supporter of the award from the beginning. The literary universe proposed here, mixes, without hierarchy, historical artists and pioneers of visual poetry with younger literary artists.

For this fifth edition, the literary prize of the Centre Pompidou is staged by graphic designer Anette Lenz. The colored magnetic tapes used by the poet Bernard Heidsieck, contained in the trophy, extend into the exhibition space to emphasize and give rhythm to the works exhibited by each winner A “scenography” that highlights the literary landscape current and experimental carried out by this award. Many examples of a literature that does not hesitate to go beyond the book to become a voice, body, installation or image.

The nominees for the Prix de l'année 2021 of the Prix Bernard Heidsieck-Centre Pompidou are:

- Ásta Fanney Sigurðardóttir (Iceland, 1987)
Ásta Fanney Sigurðardóttir is a multidisciplinary artist, poet and musician. In her artistic practice, she uses poetry, sounds, music, sculptures, drawings, films and performances with a focus on phenomena related to words and language. Ásta considers poetry as a base of reference for all artistic mediums and a texture for life in general.
About her nomination:
“It's incredibly inspiring to be nominated for the Prix Bernard Heidsieck.
I am both humble and honored to be recognized and seen for my experiences in blending visual art and literature. I have worked in the field between poetry, music, performance and visual art. I have often tried to confront the ideology of our time, according to which an artist must choose between art forms and the requirement of making traditional products, a book, an album, an exhibition. In this sense, this award is an immense support to an area which is still in the making. And while creation is in progress, paths are dug into new territories and this award is there to ensure that they will be noticed and made history. "

- Lore Lixenberg (UK)
Musician, mezzo-soprano, performer and composer, Lore Lixenberg develops research on new vocal forms that challenge communication in the era of digitization, multi-voice and multi-music. As her shamanic work "BIRD", in which a lecture on birds is deconstructed, or her lyrical installation "PRET A CHANTER", Loré Lixenberg explores the possibilities of different participatory, social and digital forms. Her piece of hers "PANIC ROOM-THE SINGTERVIEWS" is therefore both a live performance and a YouTube TV channel in which she uses the interview form as a meta-composition. She also created the piece "INNANACARA" in a hairdressing salon, where she explores the intimacy of the hairdresser's appointment in the form of an alternate extended voice narrative. Lixenberg's works have been shown all over the world, in different places as the Hamburger Bahnhof in Berlin, the New York Armory, the Natural History Museum and the Wellcome Foundation in London.
Along with her creative practice, Lixenberg also has extensive experience in interpreting and collaboration. She has performed as a mezzo-soprano musician and singer all over the world, on concert platforms, in galleries, opera houses and in new installations and vocal performances with visual and sound experimental artists.
On her nomination:
“It is absolutely fantastic and an honor to be nominated for this award in memory of Bernard Heidsieck, who was a great and generous artist and a personal inspiration to me and my work. Also, at this point in European history, due to Brexit, it's totally repulsive to be British, so this appointment doesn't just feel like a statement of support, so this nomination looks not only like a declaration of support, but also an artistic openness on the part of the Prix Heidsieck jury and the Centre Pompidou to put an English artist on their list. Thanks!"

- Nico Dockx (Belgium, 1974)
Nico Dockx works as a visual artist, curator, editor and researcher, with a fundamental interest in archives. His interventions, publications, texts, soundscapes, images, installations, performances and conversations - which are generally the result of collaborations with other artists - embody the relationship between perception and memory, which he interprets each time differently. His work has earned a DAAD grant in Berlin (2005), and various prizes such as the Young Belgian Painting Prize - the Emile & Stephy Langui Prize (2009, with Helena Sidiropoulos). Since 2000, he has exhibited his work in Belgium and abroad and has published more than forty artist's books with his independent publishing house Curious. He is the co-founder of interdisciplinary projects such as Building Transmissions (2001-2013), Extra Academy (2010 -...), A Dog Republic (2012-2020), and Galerie Imaginaire (2015 -..., with Sébastien Delire) . He collaborates with the Lightmachine agency in Ghent. With Louwrien Wijers, Egon Hanfstingl and many other collaborations, he worked on his doctoral project The New Conversations at the Royal Academy of Fine Arts in Antwerp and also co-organized with Pascal Gielen the Mobile Summer Schools Autonomy (2015) and Making Public Domain (2017) / Commonism / Swamp School (2018).
About his nomination:
“I am very honored to be nominated for this award because I firmly believe that the visual arts, poetry, literature (as well as many other disciplines) should be in constant dialogue with one another. It is in this rapprochement between different disciplines that "art" can really take shape."

- Nora Turato (Croatia, 1991)
Visual artist and performer who lives and works in Amesterdam, Nora Turato practice’s is exploring the volatility of language. In her work she translates information absorbed from her daily intake of articles, conversations, subtitles and advertising slogans into linguistic-visual scripts for videos, installations, artist books, murals and spoken word performances. All that surrounds her finds its way back into her work. In this manner she is democratic; political statements merge with Kardashians quotes in equal measure, revealing subtle synchronisms in social relations, marketing strategies, consumer behavior and their own subjectivity. In addition to the bold typography that characterizes her style, Turato’s own handwriting often appears in sprawling script across her work, alluding to a sentimental attachment to the artist’s notebook or the private moments of rehearsal before a performance. Moreover, it immortalizes a means of communication which threatens to dissipate with the ubiquity of digital correspondence. Turato channels the textual hysteria emitted from our smartphones to accentuate the volatility of language when taken out of context. Her work speaks to an age in which language is disconnected from its informative function and words are abstracted from meaning.

The awards ceremony was held on 17 September at 7 pm with the delivery of the following prizes:

- Prix d’honneur awarded to an author whose artistic work as a whole reflects the concept of
literature out of the book, this year goes to Katalin Ladik
- Prix de l'année distinguishes an author for his literary creation out of the book, goes to Nora Turato
- Prix Mention Spéciale Fondazione Bonotto, awarded to an author selected by a dedicated jury composed by Fondazione Bonotto. Fernando Aguiar is this year's winner
____

The winners in previous years