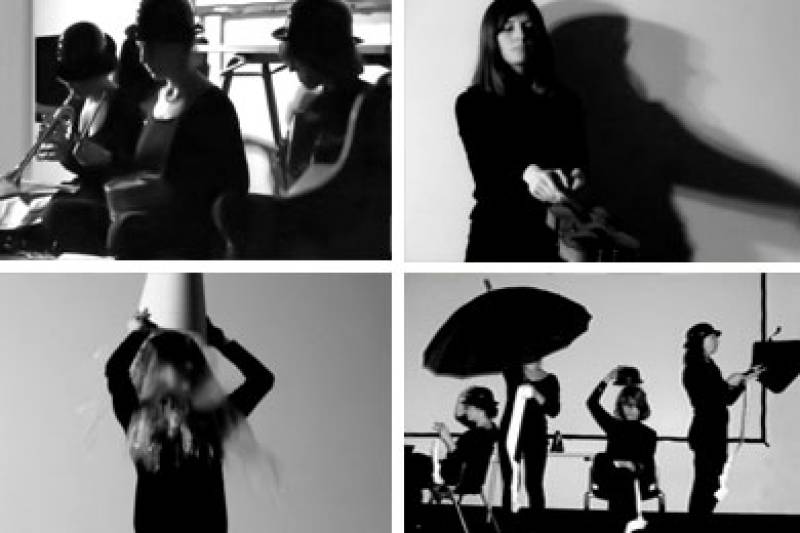 Kissed By Maciunas. FLUXUS and the Changing of the Arts

The school Naba has elaborated a programme in five steps for the " didactic celebration " of Fluxus.

1° STEP – 17th November 2010
Changing and Metamorphosis. Interpreting Fluxus. Curators: Gianni Emilio Simonetti e Vito Gionatan Lassandro.
It regards the theme of food divided in two events.
The first consists in an activity on the theme "fermentation-putrefaction" to be realized singularly or in a group. In the Fluxus spirit, the remains of dinner, place settings in Plexiglas showcases, are deposited at the Bonotto Archive and will be used in 2012 on occasion of the Fluxus fiftieth anniversary celebrations.
The second event is an open dinner with the students especially prepared for them.

3° STEP
The third step is characterized by activities on "Gender" and realization of a "crossdressing" which involve instruments and participants from all over the world, through the use of computerized connections.

4° STEP
That is to say the realization of a furnished apartment in Milan following the designs by Maciunas and the Fluxus philosophy.
The fourth step regards the realization of a Fluxus University of the duration of one week where each participant will receive a "degree" in Fluxology regarding both theory and practice.