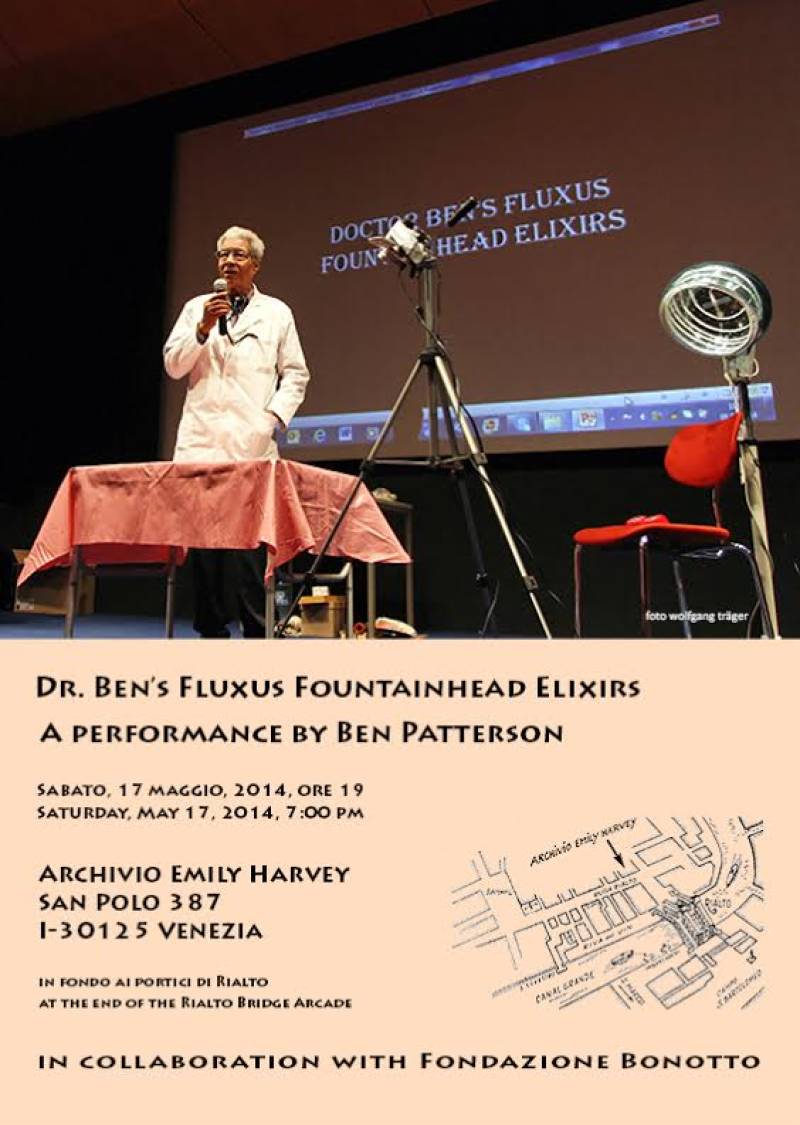 For his “Medicine Show”, Dr. Ben (aka. Ben Patterson) has created a modern parody of an old-fashion Medicine Show. What is a “Medicine Show”? Do you remember, in the “good old days” fake doctors travelling around the countryside with a horse and wagon, stopping in villages here and there, to present some entertainment (often singing with a banjo) to gather a crowd to which the good doctor then tried to sell a “cure-all, miracle medicine.” The recipes for these bottles of “Snake-oil Elixir” usually included a high percentage of alcohol and opium, guaranteeing much “feel good.”
With his “Medicine Show,” Dr. Ben offers a miracle cure for people having problems understanding and appreciating contemporary art. After a Powerpoint presentation, explaining the new science of “neuroaesthetics” and how various regions of the brain interact to make artistic judgments, Dr. Ben will offer members of the audience the opportunity to have a diagnostic “brain scan,” to detect blockages and faulty connections. Based on the results of this scan, Dr. Ben will prescribe appropriate treatment.
The special “medicines” required for such treatments have been prepared by Dr. Ben using spring waters from the fountain in the Wandelhalle of Museum Wiesbaden, which have been irradiated by Dr. Ben with specific sonic frequencies to cure specific blockages and faulty connections. As Museum Wiesbaden is recognized as the birthplace of Fluxus, these medicines are appropriately named “Dr. Ben’s Fluxus Fountainhead Elixirs” and can be purchased as a six-pack directly from Dr. Ben himself.