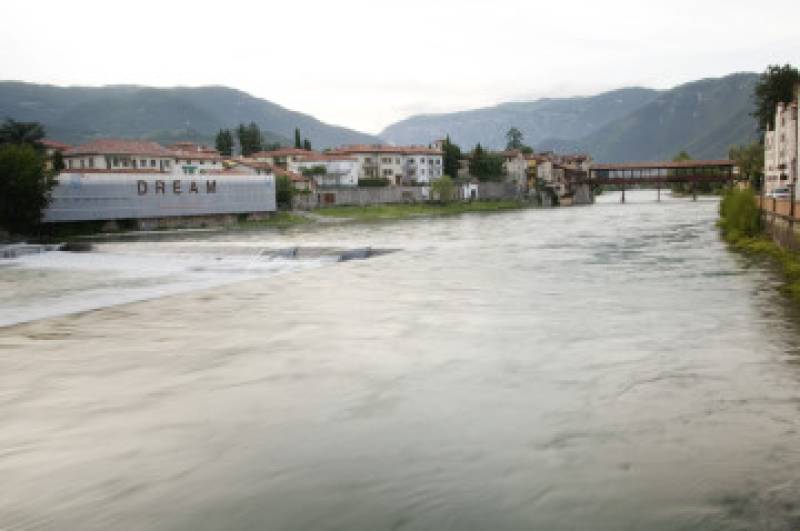 From the 30th May and for the whole summer on big city billboards, on suburban street walls, on palaces in historical centres, on bridges and at bus stops, hundreds of posters with the word DREAM by Yoko Ono will dominate the view. From the 30th May thousands of posters with the word DREAM will tattoo the life sceneries of the major Italian cities with Yoko Ono’s vision of the future.

Only one word: DREAM. The word becomes a manifesto for exchanging a few words with one another. From the 30th May and for the whole summer on big city billboards, on suburban street walls, on palaces in historical centres, on bridges and at bus stops in cities like Milan, Rome, Venice, Bologna, Mestre, Padua and Verona hundreds of posters with the word DREAM by Yoko Ono will dominate the view, the first great interpreter of the project ONE WORD.

At Bassano del Grappa a special installation is visible, about 30 meters long, collocated on the bank of the river Brenta, in the vicinity of the ex-Macello, a site destined to become the headquarter of Museum- Cultural Centre dedicated to Fluxus.

The project, supervised by “Fuoribiennale” and the Archivio Bonotto together with R’evolution Life, creates an immediate effect and produces a large communicative impact: great exponents of the contemporary – from the world of art to that of music, fashion, literature and architecture – “autograph” with one word on a white background, a manifesto.

DREAM is the word chosen by Yoko Ono (1933) to condensate visions e desires on tomorrow in a period of great instability. A key figure in art in the post war years, she was one of the first members of Fluxus, a free association of avant-garde artists, which started to develop at the beginning of the 60s, and a pioneer of conceptual performance art. Today an icon in popular culture, she has developed artistic strategies that have left a lasting mark both in her native Japan and in the Western World. Together with John Baldessari, she will receive the renown “Leone d’oro” for her career at the 53rd International Art Exhibition in Venice.

Disseminated in the city under the form of posters, thanks to the collaboration of IGP Decaux and ClearChannel, and circulating in magazine pages, Internet sites and blogs, the word DREAM will address the passerby from the walls of palaces and skyscrapers, from street billboards to illuminate signposts at trolley car stops. In a contemporary reality bombarded by images e continuous visual solicitations, single and simple words distributed in places where we live will indicate new directions, synthesize complexity, and communicate new ideas and visions. Without any logos and sponsors, the word of the project ONE WORD will erect a system of meanings, evoke new questions and impressions, leaving space to personal interpretations, and giving new insights to the interpretation of reality.