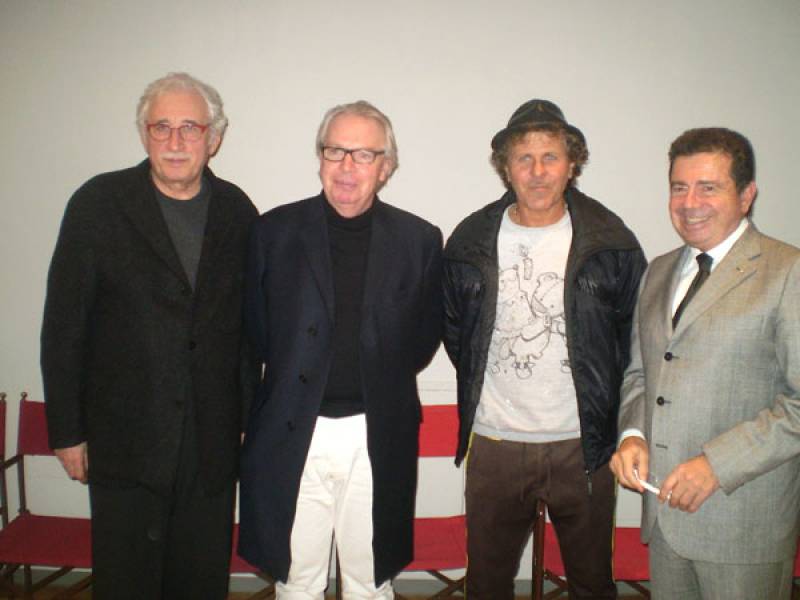 The Bassano of the Future as Planned by Chipperfield

THE BASSANO'S FUTURE FLOWS ON THE BRENTA RIVER. It is a clear message launched by requalification project of the two riverbanks, between the Ponte Nuovo and the Ponte Vecchio (the new and old bridge), by the English architect David Chipperfield.

A NEW FOOTBRIDGE BETWEEN BRENTA'S PORTO and the OPPOSITE BANK.
A new square overlooking the river in Via Macello, the ex macello transformed into a Multipurpose Cultural Centre, made up of ramps and stairs between the two banks and the newly restructured Ponte Nuovo, a circular footpath at water level between the two bridges and under the Ponte Vecchio: these are the main elements of the revolutionary project, conceived – to use the same words as Chipperfield - “to attract the largest number of people towards the river.”
The futuristic project, which redesigns the most characteristic Bassano del Grappa skyline, was presented to the city in a crowded public summit at the Civic Museum with the English architect, assisted by the entrepreneurs Luigi Bonotto and Renzo Rosso, commissioners of the ambitious urban restyling project.

“At Bassano - explained Chipperfield – the riverbanks are elements of separation rather than unification and if we want to connect the two parts of the city we must look towards the two Brenta riverbanks. The way I see it is that the Ponte Nuovo is outside the city and its elevated structure turns people away from the river rather than attracting their attention towards its waters. This is the reason why I have thought of a footbridge that could create a circular path between the two existing bridges and create a lower level starting from the Porto di Brenta and reaching the opposite bank. The Bonotto Museum, situated on the right bank, will therefore become a new element in the imaginary line of museums between the Santa Chiara Museum Complex and Bonaguro Palace.”
And especially the ex Macello, destined to become an international centre of artistic and cultural irradiation, is one of the most compelling challenges of the whole project.

"OUR COMPANY" - as well as that of Renzo Rosso - declared Luigi Bonotto – IS IN THE DEBT TO THIS TERRITORY." This is the reason why we want to transform the ex Macello, which we have bought together with my sons and that originally was only supposed to be the headquarters for my Fluxus art and concrete and visual poetry collection, into a Multipurpose Cultural Centre. In this structure we must think of spaces, offices, of a library, meeting points and a laboratory for artists who work with the community and for the community.”

The Chipperfield project, at the moment only in the study phase of feasibility, has received the applause of the mayor Stefano Cimatti and the town hall Administration. According to the first citizen “the project must be seen as a fragmentary state and we believe that the indispensable common denominator is the restructuring of the ex Macello, the footbridge and the water square in Via Macello.”The first part of the project is estimated in 9 million Euros, for a total of 14 million. The two private commissioners have declared their readiness in covering half of all costs. The rest of the resourses must be found from other sources.At the moment, with regart to Chipperfield’s project, it is time for confrontation and debates. An interest for our future scenario that has not taken place in the city for years.