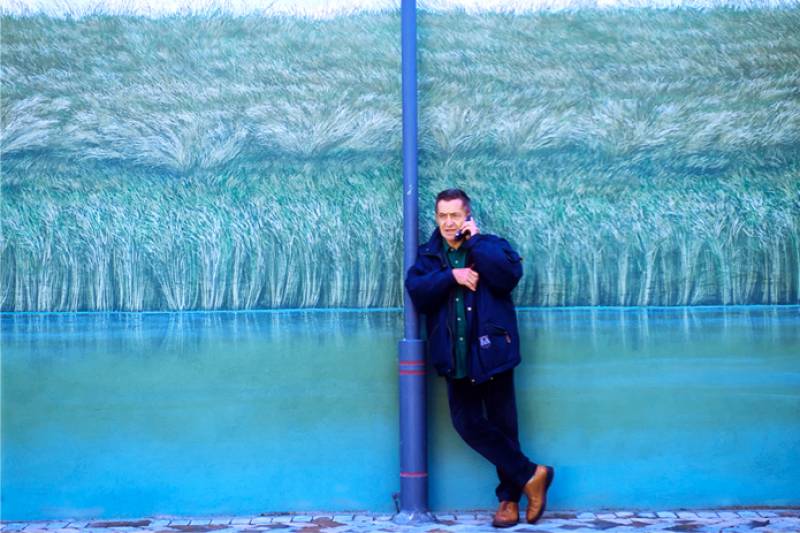 Gino Pellegrini. Giocando con l’arte is an exhibition project curated by Osvalda Clorari Pellegrini and Patrizio Peterlini, dedicated to the many aspects of the artistic work by the artist from Vicenza, who recently has passed away.The show traces the major revolutionary landmark of his amazing creative process developed in over fifty years of activity.

The exhibition, divided into thematic sections, spreads organically through more than sixty works, several photographic documents and videos, writings and sketches highlighting the great curiosity and versatility experienced by Gino Pellegrini. The exhibition opening is on Wednesday December 7 at 18.00 with the participation of Patrizio Roversi and Cochi Ponzoni.

The exhibition follows the path of the different experimentations that have marked Gino Pellegrini's work and the exhibition sections reflect chronological chapters of its evolution.

A first part of the exhibition is dedicated to his origins and his training period as a set designer. Born in Lugo di Vicenza, Gino Pellegrini is formed as a set designer in the United States, where he emigrated when he was sixteen. For 15 years he worked in Hollywood for the most famous film productions, drawing and painting the sets of some legendary films and simultaneously working for American television too, in particularly for NBC and CBS.

After 15 years of work at the Hollywood studios, he came back to Italy and settled initially in Zanè (VI), until 1974, and then in Emilia Romagna. In Italy he devoted himself to painting, experiencing its great versatility both on huge spaces such as public squares, and on tiny pieces of paper. He develops two main currents: on the one side hyperrealism painting with surrealist derivations; on the other side he uses a painting technique of Pop derivation, as already developed due to his participation to the movement in the previous decade.

The intense investigation of reality, undeniable throughout his pictorial research, soon leads Pellegrini to develop a deeper interest in the materials that nature provides. Twigs, leaves, sheaf of wheat, clumps, as objects to be played back with the painting technique become objects to be used directly in the creation of the works.

Pellegrini uses these kind of materials to realize sort of collages, but from the second half of the Seventies, he developed the extraordinary series of "weaving", thanks to the use of an hand loom given to him by his friend Luigi Bonotto.

His training as a set designer, deeply rooted in the artisan culture of hands, leads him to experience many other artistic and artisanal practices, through the use of many different materials and tools at his home - workshop. Gino Pellegrini uses leaves, sticks, stones, wire, ruins of windows or furnitures with the same sensitivity he uses for colors.

In the last years, his need to express himself gives raise to shows where painting, carpentry, weaving and poetic tension flow harmoniously into one whole experience in which the public is called upon to intervene actively.