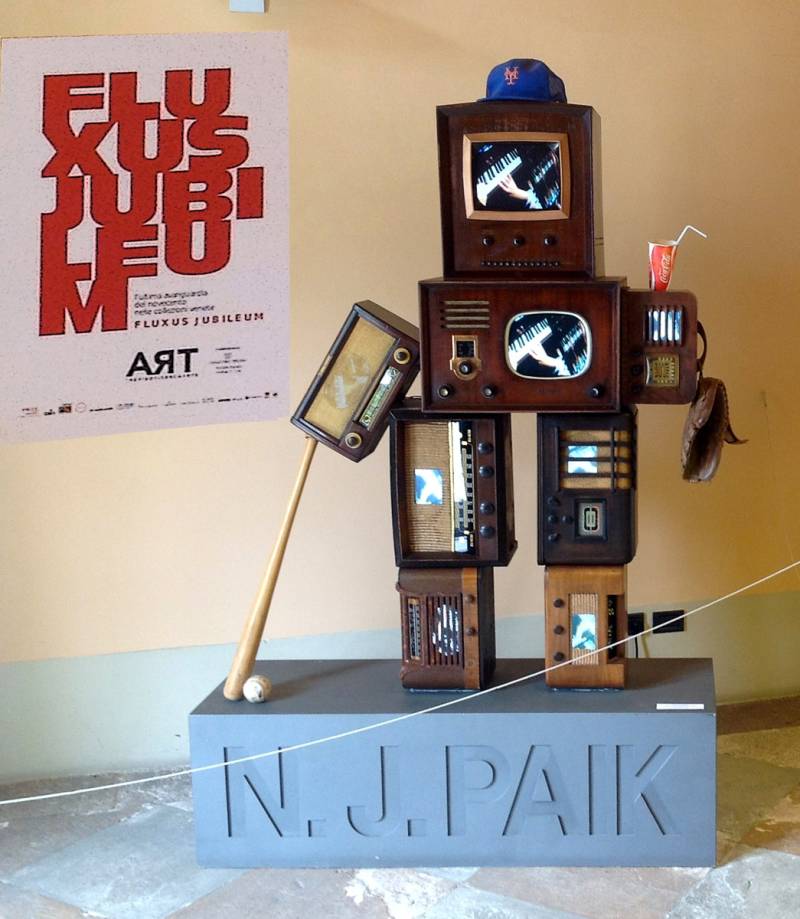 In exposition,50 and more works by the leading members of Fluxus, from Venetian collections, which highlight the importance that had Fluxus in this region, especially thanks to the activity of collectors such as Francesco Conz (Verona) and Luigi Bonotto (Bassano del Grappa, VI), which, since the seventies, gave birth to and raising a cultural and collectors to this cutting-edge, right in the Veneto, was one of the elements of its distribution and production in Europe. All the most important Fluxus artists were really in the Veneto region, participating in extraordinary performances that have remained in history. To remind the great exhibition of 1995 in Bassano del Grappa (VI), which saw the presence, just around Francesco Conz and Luigi Bonotto, the most significant artists of the movement.

The exhibition at Palazzo Giacomelli will open Saturday, May 5, 2012 and will end on May 27, 2012. During this period, TRA-Treviso Search Art will organize events, meetings, video projections on Fluxus, also in conjunction with "The Elephant" Gallery of Treviso (opening Friday, May 11) and the event dedicated to the movement from Verona association "Art Galleries" in Verona and "The Giarina" Gallery in Verona (opening Saturday, May 12). During the opening night of Friday, May 11 at the Palazzo Giacomelli, Philip Corner perform a "performance" brand new piano.