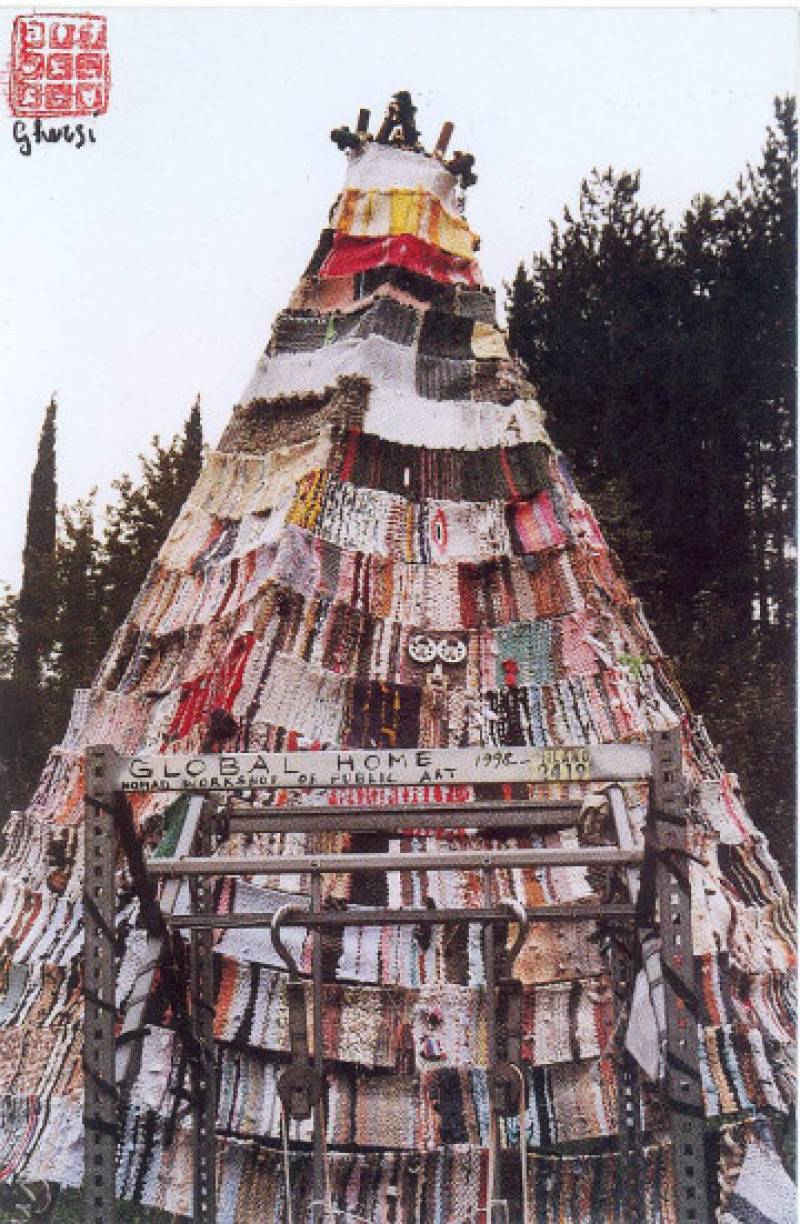 Handweaving everything, everybody, everywhere

"As beautiful as the intercourse
between an umbrella and a Singer
on an anatomical table.”
(Lautréamont, The Songs of Maldoror)

Arriving in Porchiano, I cut a strip from one of the “squares”. I cut it on the parapet of the medieval wall because I didn’t have a table long enough to stretch it all out. The cut fabric would become the “weft” though, you understand that you also need a “warp”… and I always stretched it out on the wall, because there is plenty of space available. Then, you understand, I reinforced a loom: the one in mulberry wood, that was made by the Cooper of Montevarchi during the last (so they say) World War, because at the time there was a great crisis in industrial fabric. And so the Cooper remade a loom. But he made the combs in cherry since because they strike together they need to be harder: "Tumb! Tumb"! But who is F. T. Marinetti? And what is the poetry of machines? There is a great past in our future, long live agri-futurism!
In short, in that loom by the Cooper, I threaded my strips one-by-one, with the so-called infinite patience of the Weaver. Patience, so called by those who cannot understand how enjoyable and how relaxing it is, tapping into the anthropologic roots of obsession, lust and reason…which, shall we say, is really the loom: without the loom there is no philosophy, even Goethe understood that, even though he is classical, I finally plotted my fabric strips in such a way that each one restored the original chromatic sequence of the sample squares. It’s trite, I know: I didn’t make an effort to create, I only wanted to see what would happen. And in fact, it did succeed, with my immodest contribution… should we say, as an Artist or as a Weaver?

So this is how I wove my first carpet (picture, tapestry…I wouldn’t know), with Bonotto Archive samples. The carpet (picture, tapestry…I wouldn’t know), seems to me a stupendous organizational coincidence: it is more beautiful than the meeting of an umbrella and a sewing machine. Because an anatomical table is uglier than a loom: in this there is more life…. If you will permit me, Lautréamont