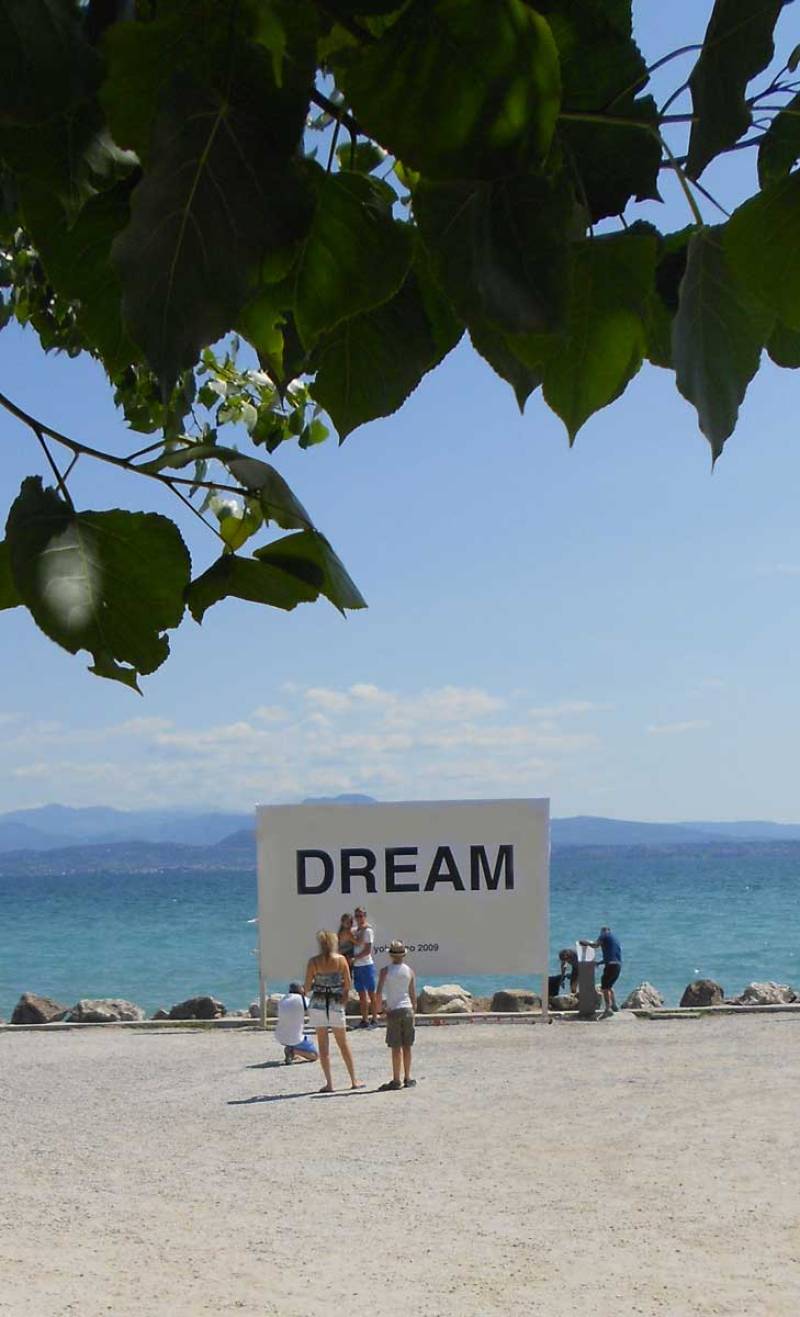 Fondazione Bonotto collaborates in the 10th edition of the event organised by ProgettoUtopia involving the old town centre of Sirmione.
This edition, entitled "CiboMente. Food for the Mind. Without Culture you don’t drink nor eat”, reformulates the theme of EXPO 2015 "Feeding the planet. Energy for Life "shifting the focus from material to spiritual.

In this context Fondazione Bonotto cures the installation DREAM by Yoko Ono. The event is part of the series "Advertising Art" developed by the artist in collaboration with Fondazione Bonotto in 2009 when thousands of posters with the word DREAM have tattooed the living places of the major Italian cities.

On the occasion of "CiboMente. Food for the Mind. Without Culture you don’t drink nor eat” a large billboard with the word DREAM has been placed on the beach in Via delle Muse in Sirmione. Its presence will provoke thoughts, feelings, moods in the flow of tourists who invade the town during the summer.

With the DREAM project a word became a manifesto. A single word to sum up complexity, an uncertain future, a crisis, values. To make a stand and give an indication. A word as an activator. The artist chose the term DREAM in order to condense in it proposals, visions, and future hopes in this moment of great instability.

The initiatives of "CiboMente. Food for the Mind. Without Culture you don’t drink nor eat” will be developed over the summer as an open platform, without fixed dates or openings. Among the announced protagonists: Guglielmo Achille Cavellini, Joseph Beuys, Guy Debord, Franco Piavoli, Sarenco, Stefano Bombardieri, Dorothy Bhawl.