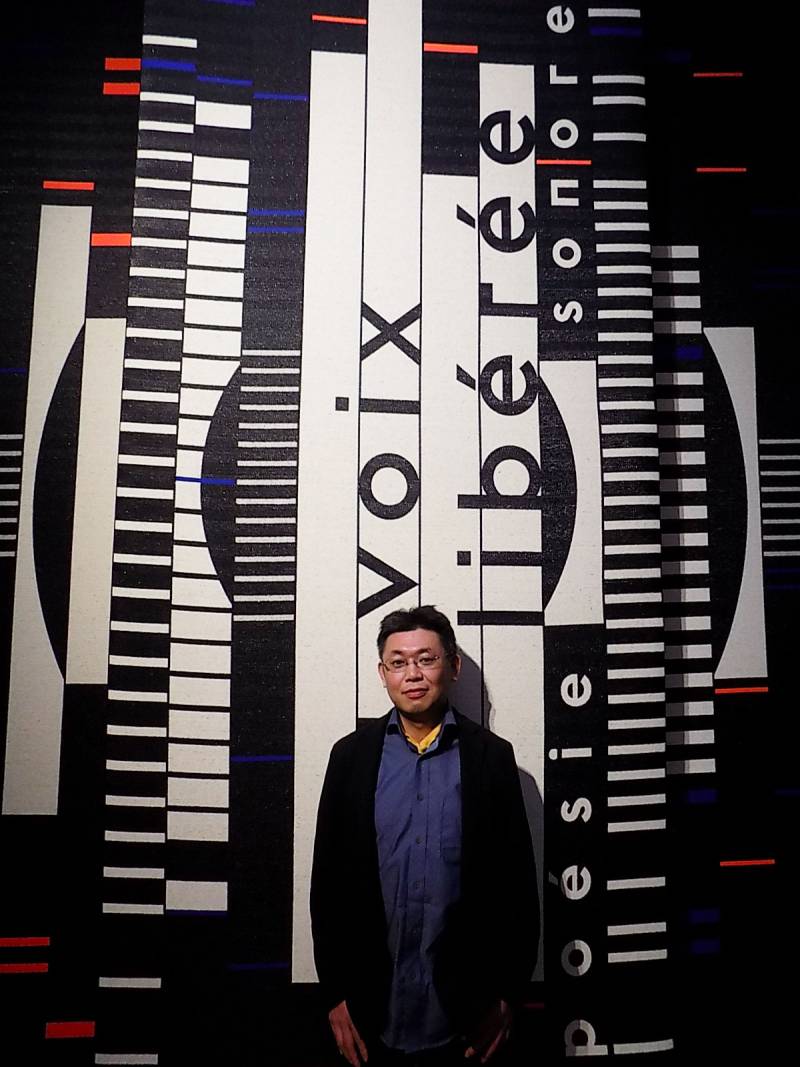 Six international artists will be present for the occasion, and will offer original performances in which speech and orality will be to the center of the attention.

Violaine Lochu (France): Babel Babel
Starting at three months, the child stutters; in a purely physical and perceptive game, he explores the possibilities of his phonatory apparatus without the sounds he pronounces necessarily addressed to someone or bearers of a particular meaning. Babel Babel is a performance consisting of recordings of children's lallations made in different kindergartens of Seine-Saint-Denis and Moselle since 2016. Starting from this sound material that modifies, repeats, distorts, Violaine Lochu reveals the richness and the different sound layers of the babble , announcer of language, evocative of imaginary or distant idioms even of non-human expressions, bringing a pure pleasure of the saying that brings him closer to the poem.

Zuzana Husárová (Slovakia): Energy
This performance explores various forms of energy exchange: in environment, between people, situations, stages of experience, sonic elements and poetic structures. Formally it works with extensive positions of vocal techniques, combines live created sounds with a physical manipulation of pre-recorded syllables, words, phrases and mixes poetry with tonality on the background of a phonosphere of several voices.

Giovanni Fontana (Italy): Poème épigénétique
A performer poet and veritable ‘poly-artist’, Fontana extends and transforms the limits of poetry. His is a poetry shot through with new tensions, and characterized by the contamination of systems, the fusion of universes so far distinct, and the use of new medias and new mediums. It combines the vast energies offered by science with those of the body and the memory, thanks to a unique conception of the materiality of language that is supported by the voice.

Katalin Ladik (Hungary): Golden Apocalypse
"On the first such "objets trouvés”, the components of the circuits were soldered to circuit boards by hand and were quite rare in the solder, I called the series of these photos "Genesis”. Then the soldering became more crowded, and when they were so dense on the printed circuit boards that no more lines and dots could be photographed and pressed on them, I called the last piece I found the "Golden Apocalypse”(...). I wanted it golden, because I wouldn’t be comfortable to associate the apocalyptic end of the world of circuits with pessimism." Katalin Ladik

Joerg PIringer (Austria): abcdefghijklmnopqrstuvwxyz
“abcdefghijklmnopqrstuvwxyz” is an abstract audiovisual poetry performance. Image and sound are created immediately during the performance by speaking and vocalizing into a microphone and modifying the voice through signal processors and samplers while the software is analyzing the sound to create animated abstract visual text-compositions.

In echo to the day of performances at Palais de Tokyo:

A Sound Poetry weekend in Paris