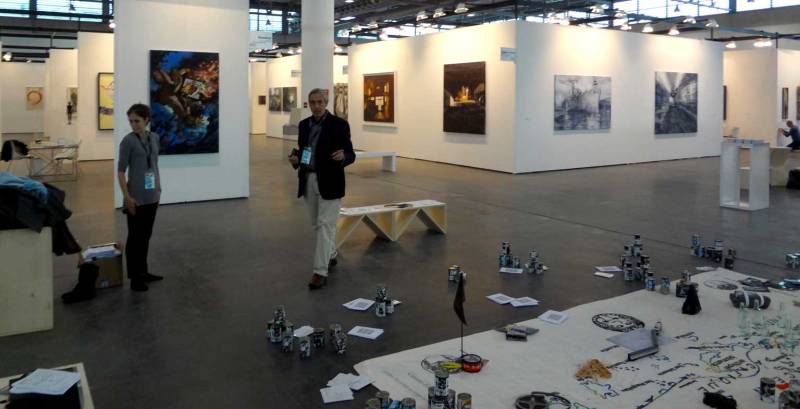 PROLEGOMENA TO A GEOPOLITICS ATLAND OF MODERN ART, 2013

This Atland is first of all a memory, that of a group of dérasiné that George Maciunas gathered around him to purge the world from its unspeakable horrors, those that knowledge has constantly cast into the shadow because it can not tell the truth, and that today are no longer with us.

But there’s more, under this surrealist map , enriched with a new archipelago, one of the British Virgin Islands, on whose Ginger island, the aesthetic utopia of George Maciunas was wrecked. Under objects that swarm on its surface as a memory bearer of crisis: the memory of a Stoss (shock) that opens to a world in form of nonsense.

As now recognized by many on the international art scene, Fluxus was and is the causative reason for the emptiness that the poetics of late last century have tried to fill with the last illusions of realism. The symptom that, through the excess, opens the artworks unto the unthinkable. The only poetic that has suspended the sense to detect and de-legitimize the conventional patency of forms. He did it playing with Tyche, it did showing the illusions of representation that alienate people by the enigma of the current life.

(This installation was designed and agreed upon by Gianni-Emilio Simonetti and Luigi Bonotto that for years has fought because Fluxus is recognized his place in the history of ideas that have contributed to the adventure of modern art.)