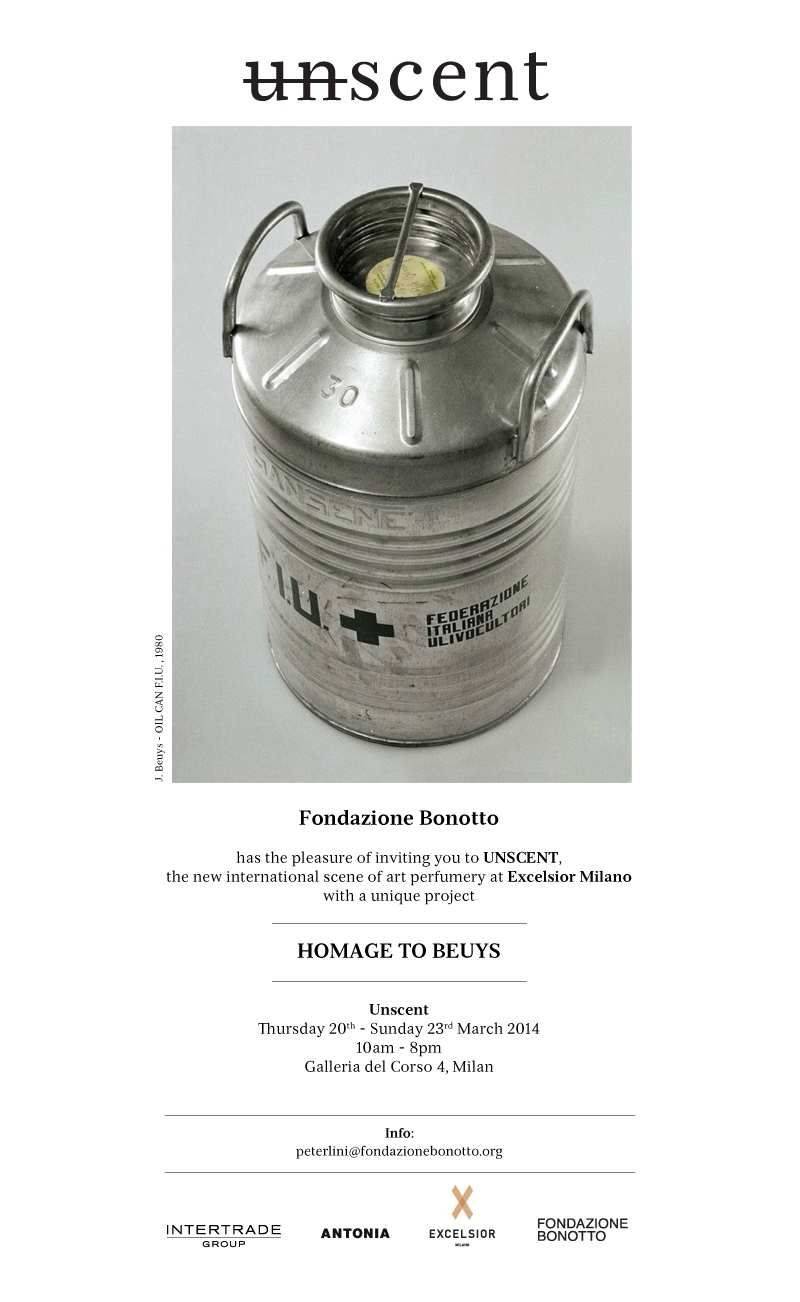 This temporary exhibition is conceived by Fondazione Bonotto for Unscent at Excelsior (Galleria del Corso 4, Milan) and it’s dedicated to one of the most significant personalities in contemporary cultural-artistic horizon. With Joseph Beuys it’s born a new artwork’s idea, elevated in its social, political and philosophical values. This point of view culminates with the famous actions of “social sculpture” as 7000 Oaks at Kassel, in 1982, and Difesa della Natura at Bolognano, in 1984; it builds also a political commitment by the artist, who contribute to the foundation of: German Student Party (1967), Organization for Direct Democracy Through Referendum (1971), Free International University for Creativity and Interdisciplinary Research (1974), e Die Grünen (1980). Communication, especially developed by poster’s creation and distribution, obtains an important role in these initiatives, becoming an essential and costitutive component.