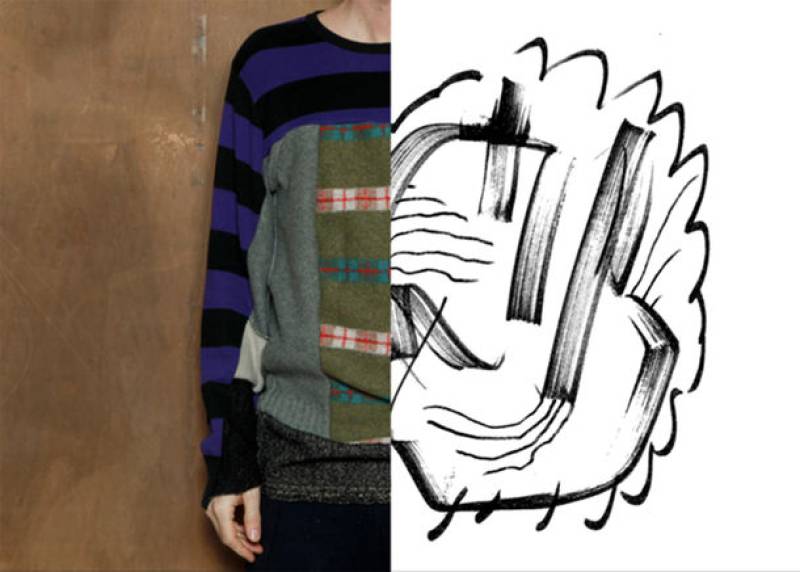 After starting in Bologna for Live Arts Week IV, it will take place in Milan the second stage of the project Adagio con Buccia by Canedicoda, artist and designer who has "played environments, designed sounds, clothed spaces, and worn markings". A temporary tailor's atelier and build directly onto the visitors' bodies with Bonotto fabrics. Adagio con Buccia is therefore a chance to make an encounter and a place destined to transform the visitor. In this brief, consensual abduction, the artist's vision of the person takes concrete shape, and the visitor is returned to the public sphere in new garb. In such a unique project, based on individual relationship and craftsmanship ad personam, Canedicoda dedicates two hours to each of the few lucky, special beneficiaries of his work. It is expected an editorial publication as documentation of the entire project that involves creating overall in various stages in Europe of 100 original garments with Bonotto fabrics.

The appointment is fixed exclusively by telephone. To receive the contact number you must send a email with the subject "Adagio con Buccia request" at info@canedicoda.com no later than 14 February. On February 16, the contact number will be sent to the mailinglist. The number will only be active from February 16, 2016 hours 12 to 1 March 2016 hours 12. The available reservations are 32.

Canedicoda is a multi-disciplinary artist who works in music (under the alias Ottaven) and performance as well as fashion and design. He has developed a rich, personally distinctive universe that is constantly changing but always immediately recognisable. A pivotal figure bringing and spreading to Italy several innovative and liminal currents of artistic, stylistic and musical pursuit, his experience includes a vast number of projects in cooperation with productive labels, non-profit spaces, groups and individual artists both in Italy and beyond. Canedicoda has conducted his own personal research into language, style and method since 2003, working with Marsèll, Netmage Festival, Live Arts Week, C2C, Plusdesign, Viafarini, Istituto Svizzero, O' and many others Institutions. www.canedicoda.com

Xing is a cultural organization based in Bologna, with the purpose of planning, supporting and promoting products and events characterized by an interdisciplinary approach toward the issues of contemporary culture.

Fluxus. Concert by Diego Petrella as part of the exhibition "FLUXUS ARTE PER TUTTI"