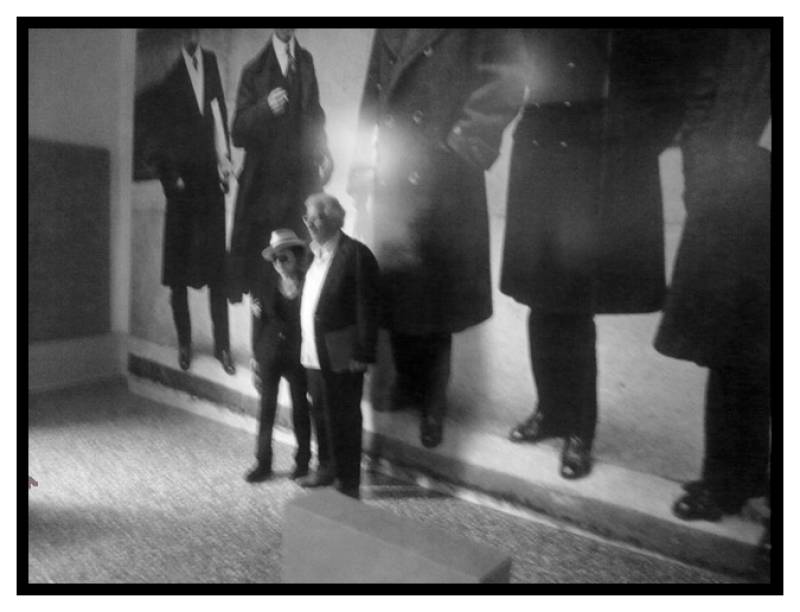 Yoko and Luigi "I'll be back"

Archive Bonotto, finished cataloging one of the richest collections of works and documentation of Fluxus artists and Experimental Poetry, is transformed into a foundation.

The newborn Foundation invites Yoko Ono for an exhibition and a lecture at the University IUAV of Venice (Badoer Palace, San Polo 2468).

A conversation with Yoko Ono, Fluxus icon and friend of Luigi Bonotto, textile entrepreneur and art collector who from the '60s to today has collected more than 12,000 works including posters, photos, objects, letters, recordings, films by 80 artists and 120 experimental poets; an exhibition, I'll be back, which ends on 28 June, will show at the University IUAV of Venice the installation by Yoko Ono dedicated to the Futurists; the presentation of the firts editorial exit by Flaneur & Dust, DREAM Yoko Ono, a project curated by Cristiano Seganfreddo and Luigi Bonotto, with a selection of pictures of the installation which in 2009 involved many Italian cities; and in closing, A Dream hour with Yoko Ono, a special dinner in key Fluxus by Gianni Emilio Simonetti, dedicated to Yoko Ono.

This is the first public action of the Foundation Bonotto that, after a long period of storage, starts up a study and dissemination of Fluxus and Experimental Poetry, in dialogue and confrontation with the artists and the contemporary art system.

To open the event, Carlo Magnani, director of the Department design cultures and Maria Luisa Frisa, director of the Course in fashion design and media arts, both at the University IUAV of Venice, along with Angela Vettese, new Deputy Mayor for Culture and tourism in Venice, with the introduction of Cristiano Seganfreddo and closing by Luigi Bonotto.